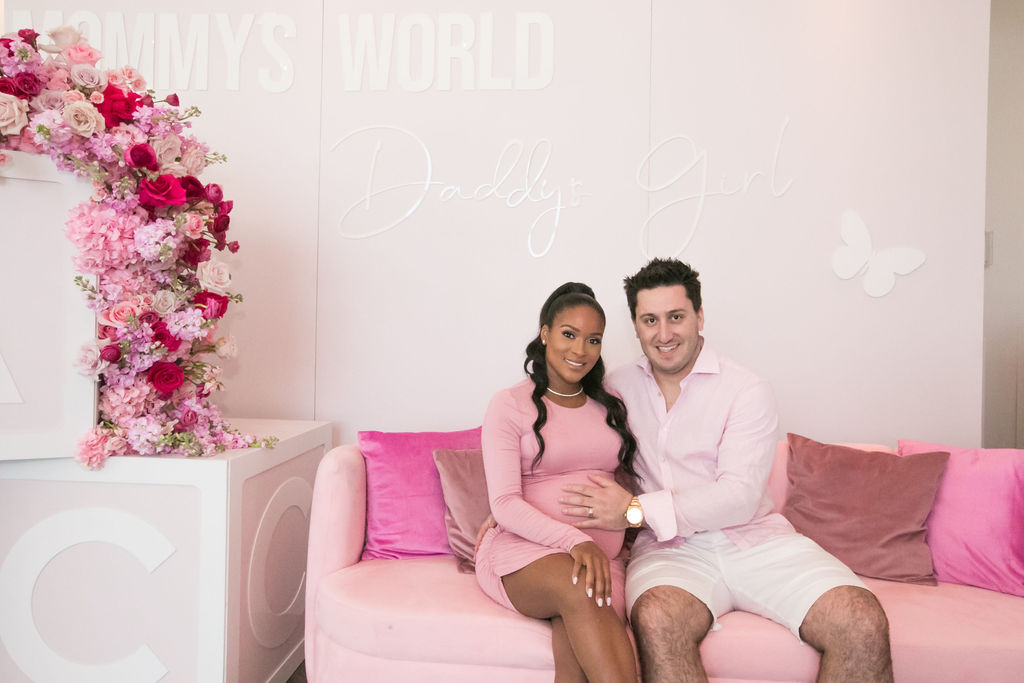 An explosion of pink & butterflies!

We all know I am not a super girly, pink lovin’ girl, but I had to do it up for baby girl Alberino a.k.a Sofia!

I literally started planning this shower 5 months prior cause I knew I was gonna be on another level of extra LOL. I went to check out the Ritz Carlton Bar Harbour & I immediately fell in love. It was literally the perfect location! It came with three connecting rooms overlooking the ocean with a wrap around balcony.

I knew I wanted the baby shower to mimic Sofia’s nursery which was butterfly theme. I worked with Valerie of Valash Events who brought my vision to life and added in some surprises.

For the first room, we had Sofia’s name about 5 feet tall in a gold frame with different shades of pink balloons in them. Then there was this super cute life-size magazine Photo Booth custom for little miss Sofia. When I first started to see these at other events I knew it was a must for the shower. We also had everyone sign in by putting their names on a tiny balloon and taping it onto the frame. Adorable, right? I wanted something different rather than your typical sign in book.

Second room was just breathtaking! We did a mix of tables and chairs which I was totally against at first, but glad I allowed it to happen because it came out beautiful. On the roundtable we had these custom made hot air balloons with pink roses underneath as the centerpiece. On the long table we had what looked like floating flowers hanging above us. On the back wall where the shelving was we did a mix of my maternity pictures in all different sizes and frames. Now, for my all time favorite was the dessert table. No matter what type of party I’m having I LOVE a dramatic dessert table. We did a pink (same shade of pink as Sofia’s room), round backdrop with Sofia’s full name on it with assorted florals cascading down the opposite side. This was special to me because this is how I surprised my nana by telling her I was making her name Sofia’s middle name. The cake was a 4 tier pink to white ombre with flower petals starting from the bottom tier to the top tier ending with butterflies. For desserts, besides the cake, I had everything from parfaits to cupcakes.

The third room was the one that I agreed to give up control over. As much of a psychotic control freak that I am, I did want some of my baby shower to be a bit of a surprise. For the gift opening area, Valerie had a backdrop made in pale pink that said “Daddy’s Girl, Mommy’s World” alongside ABC blocks with florals cascading down it with the prettiest pink sofa in front of it.

Another surprise in the third room was the sweets cart. I originally took it out because I was trying to behave and wanted to stay in budget. So obviously, some things had to go no matter how much I loved it. My sister in law and mother in law knew I was obsessed with it so they did it for me. Isn’t it the cutest thing ever?

Ladies, this baby shower was everything! I used to think that it was normal to only have a baby shower for your first child, or if your second child was a different gender. Guess what? I think a baby shower is needed for every child you have. With the amount of pain our bodies go through, we deserve at least one day of full blown fabulousness! 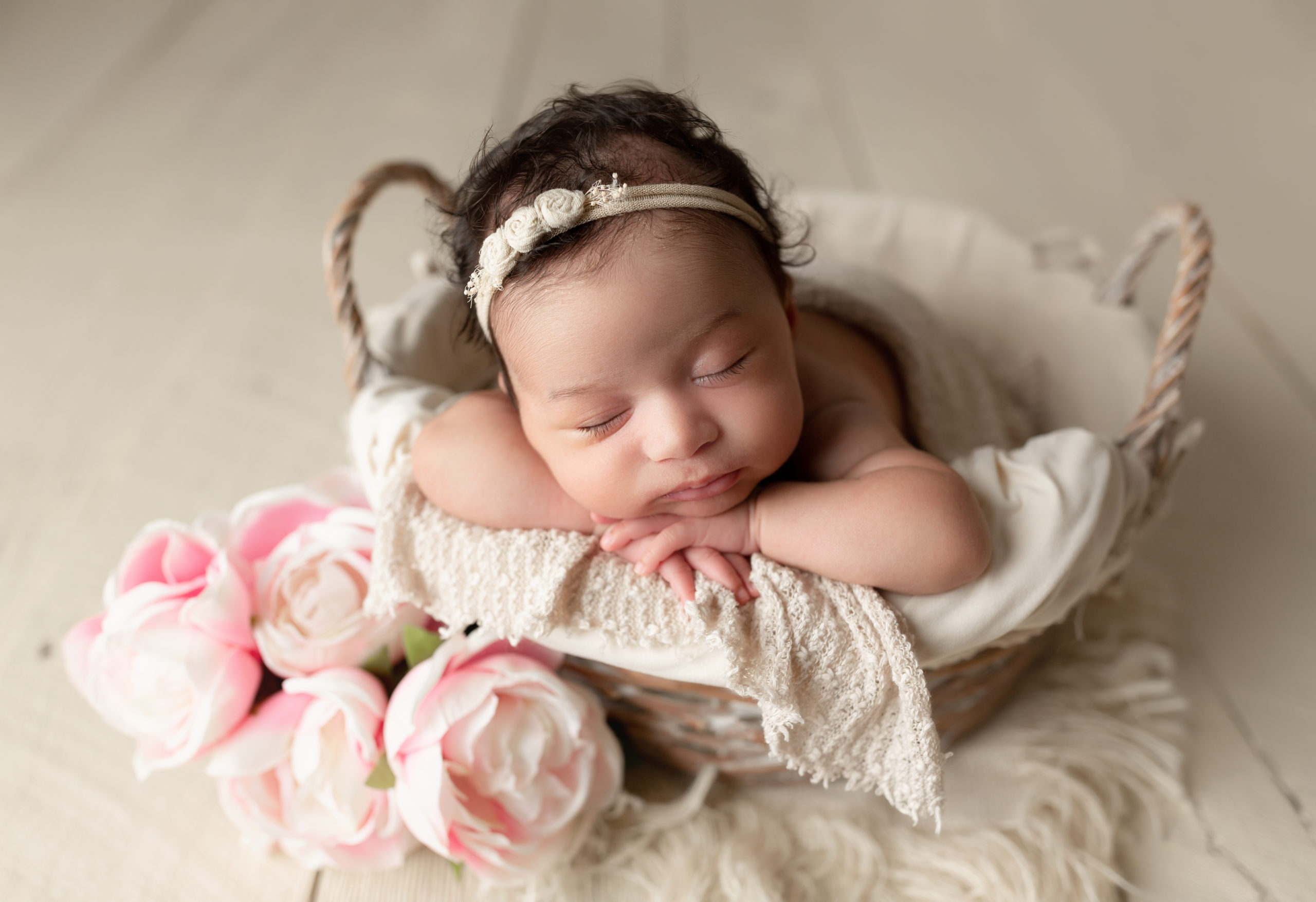 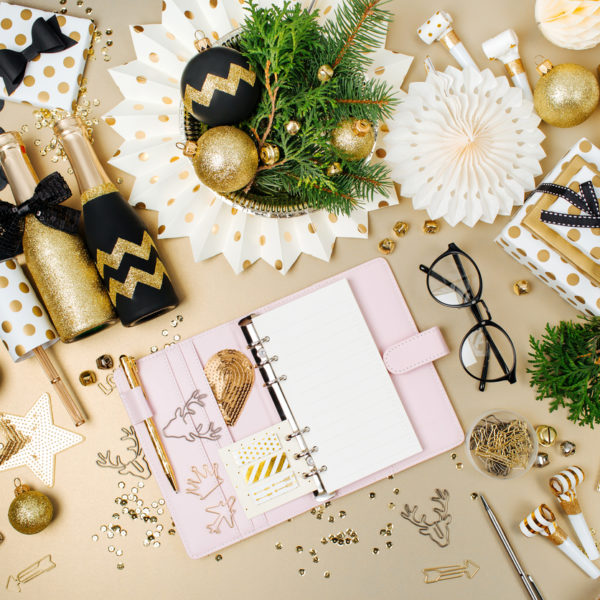 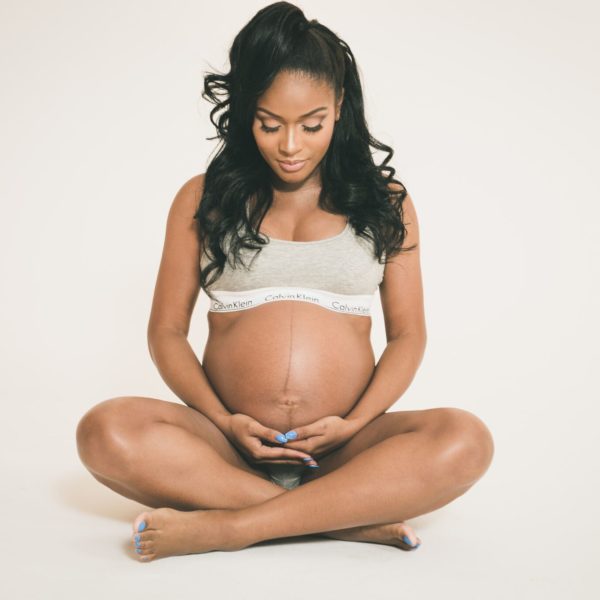 The Importance Of A Pregnancy Photoshoot 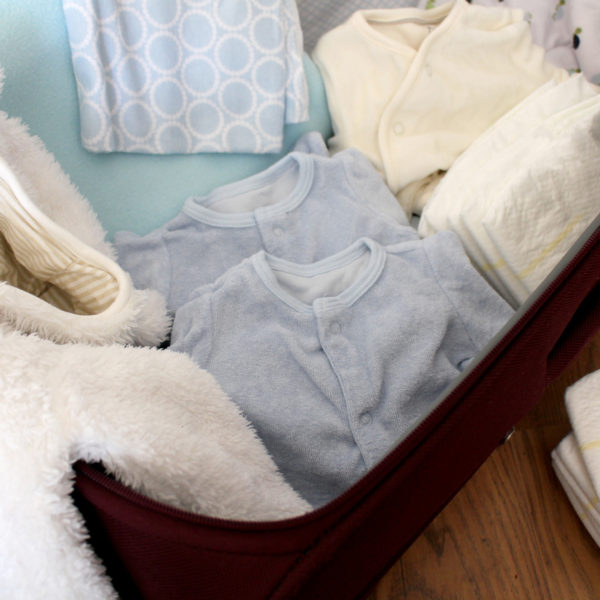 What’s In Your Hospital Bag?

As much as I love these pictures it makes me want

Celebrating Zoe’s bday with the fam in Vegas! Be